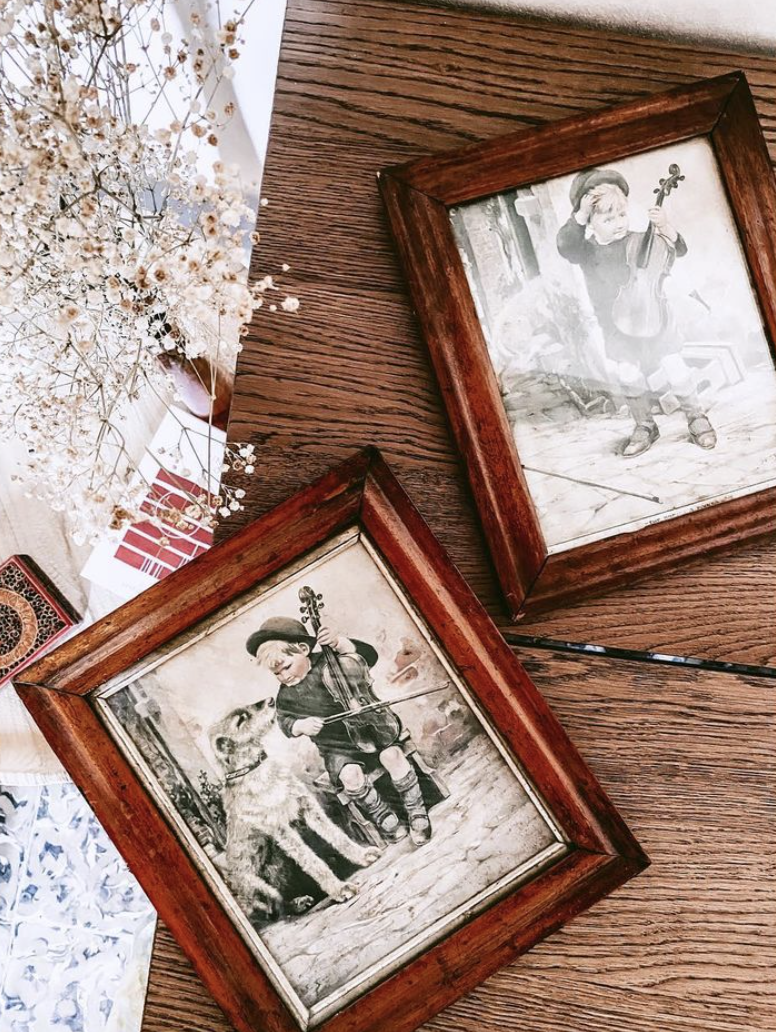 Scorching heat lingering over the city. A sense of disbelief and despair is in the wind – the almost nonexistent wind. A light breeze promises a short relief, a moment to breathe, drying the sweat on the foreheads of the people on the street. People in search of – food, hope, hidden treasures for bartering on the black market.

The wind, one of the very rare light breezes these days, moves on. It is circling upwards and through an opened window – there is not even a window anymore, only a hole in the walls. The air in the room starts to move, the breeze gently touching the cheeks of a sleeping boy.

He wakes up from a warm and wet feeling in his left palm. Slowly, he opens his eyes and sees Kurt, his dog, an Irish wolfhound, licking his palm with a lot of dedication – he wants to go for a walk.

“Emil, get up now! It’s already noon and I need help with the laundry!” Mama sounds annoyed he thinks, and gets up. “Come on, Kurt.”

Walking down the old and creaky stairs, he smells fried eggs – of course, he thinks to himself, it is Sunday. He jumps down the last three steps; he’s grown so much in the last months and his big goal is, to jump from the fifth step.

“Emil, don’t break the steps, you know the wood is old and we cannot afford to repair it any time soon. You have to be more careful!” He enters the kitchen, sits down at the table while his Mama places a plate with eggs and a slice of dry bread in front of him – she strokes his hair. A weak smile on her face. He knows she is worried and tired – everyone is. He decides to be more well-behaved. “Thank you,” he says quickly, before stuffing his mouth with eggs and bread.

Ten minutes later the plate is empty and Emil gets up, grabs his hat and is ready to go outside to play. “Emil, it’s so hot today, you won’t need your hat, my love.” “Of course I do, it’s my explorer hat and without it, I’m not a real adventurer – they always wear hats, even in the hottest desert, Mama!” He loves his hat, it is one of the few remains from the old days – it gives him a sense of normalcy, but he doesn’t tell his Mama. She’d only start crying again. Alright, my love, but don’t go far away, Emil. I will need your help in a bit.” “I know Mama, Kurt just needs to go outside for a little walk.” His dog wagging his tail in joyous anticipation – he loves the long walks and Emil enjoys playing adventurer.

Walking around the neighborhood, underneath the burning sun, he takes off his hat for a moment. Mama was right, it is too hot for a hat. He decides to put it into his pockets for a moment. “Kurt, wait for me!” A second ago, the dog was sniffing excitedly and then ran off and into an old building. He knows entering can be very dangerous and he had to promise his Mama several times that he would never enter an old, abandoned building… But now, Kurt is gone and he needs to make sure his puppy is safe.

He loves this dog so much. It is not even his dog, but he came to their home one evening, a straying and lonely dog. His father was against it, but after a discussion, he gave up and Emil was allowed to keep him, but he had to take care of Kurt. So he follows him into the building.

“Kurt, where are you? Come to me, good boy!” A bark. Emil goes a bit further and there he is – standing in front of a suitcase, barking. He knows he should leave, but the curiosity is bigger. Kneeing down on the dusty floor, he pulls the suitcase out from under the debris and opens it slowly. He takes out a bag of old sausages. “That’s what you sniffed, smart boy. But before you can have them, we need to ask Mama, if they’re still edible – even dogs can’t eat everything.” Kurt has this begging look on his face and Emil gets up, when his hand touches a string and he hears a noise. Underneath clothes, there must be something else and Emil wouldn’t be the adventurer he wants to be if he wouldn’t have a closer look.

“A violin,” he shouts, louder than expected. Kurt is already following a new trace in the corner and seems to have forgotten about the sausages. Emil takes out the violin and even a bow – a few bow hairs are torn apart, but it might still work. “Come on, Kurt. Let’s go home and show Mama what we’ve found.”

Dog and boy are running home. He shows off his findings and Mama says, Kurt could have a sausage for dinner – they’re still good enough for a dog, she says. “I’ll need a few more minutes and then you can help me.” Emil sits down in front of the house, observing the violin and Kurt sits next to him. He saw a man play the violin before, so he tries to remember how it works and starts skimming the bow over the strings. A crooked tone shaking his diaphragm, and even Kurt is whining immediately. But he tries again and the tones become more bearable. Kurt seems to enjoy the music and starts to jump around and Emil enjoys the unexpected distraction.

“What the heck is going on down there?” Mrs. Klose is screaming out of the window. Emil is scared of her, she is an old and mean lady, but Mama says, she is sick, so he has to be kind. Sometimes he brings soup up to her apartment because she is too old and weak to take care of herself. But he doesn’t even think of stopping to play, so he pretends he didn’t hear her. A window is closing and another one.

Well, he thinks, I will get better and then everyone will enjoy my music.

A few bow strokes later, a string rips off with a loud noise, so loud even Kurt is running into the house, frightened. Emil is scratching his head. “How did that happen? I hope father can fix it later,” he says to himself.

“Emil! The laundry is ready and waiting for you to be hung out!” Mama’s voice is so well-sounding and smooth. He decides that one day, he will make his violin sound just like Mamas voice – and make everyone smile again. Even Mrs. Klose will smile again.

This website uses cookies to improve your experience while you navigate through the website. Out of these, the cookies that are categorized as necessary are stored on your browser as they are essential for the working of basic functionalities of the website. We also use third-party cookies that help us analyze and understand how you use this website. These cookies will be stored in your browser only with your consent. You also have the option to opt-out of these cookies. But opting out of some of these cookies may affect your browsing experience.
Necessary Always Enabled

Performance cookies are used to understand and analyze the key performance indexes of the website which helps in delivering a better user experience for the visitors.

Analytical cookies are used to understand how visitors interact with the website. These cookies help provide information on metrics the number of visitors, bounce rate, traffic source, etc.

Advertisement cookies are used to provide visitors with relevant ads and marketing campaigns. These cookies track visitors across websites and collect information to provide customized ads.

Other uncategorized cookies are those that are being analyzed and have not been classified into a category as yet.