Navigating life as an introvert & HSP 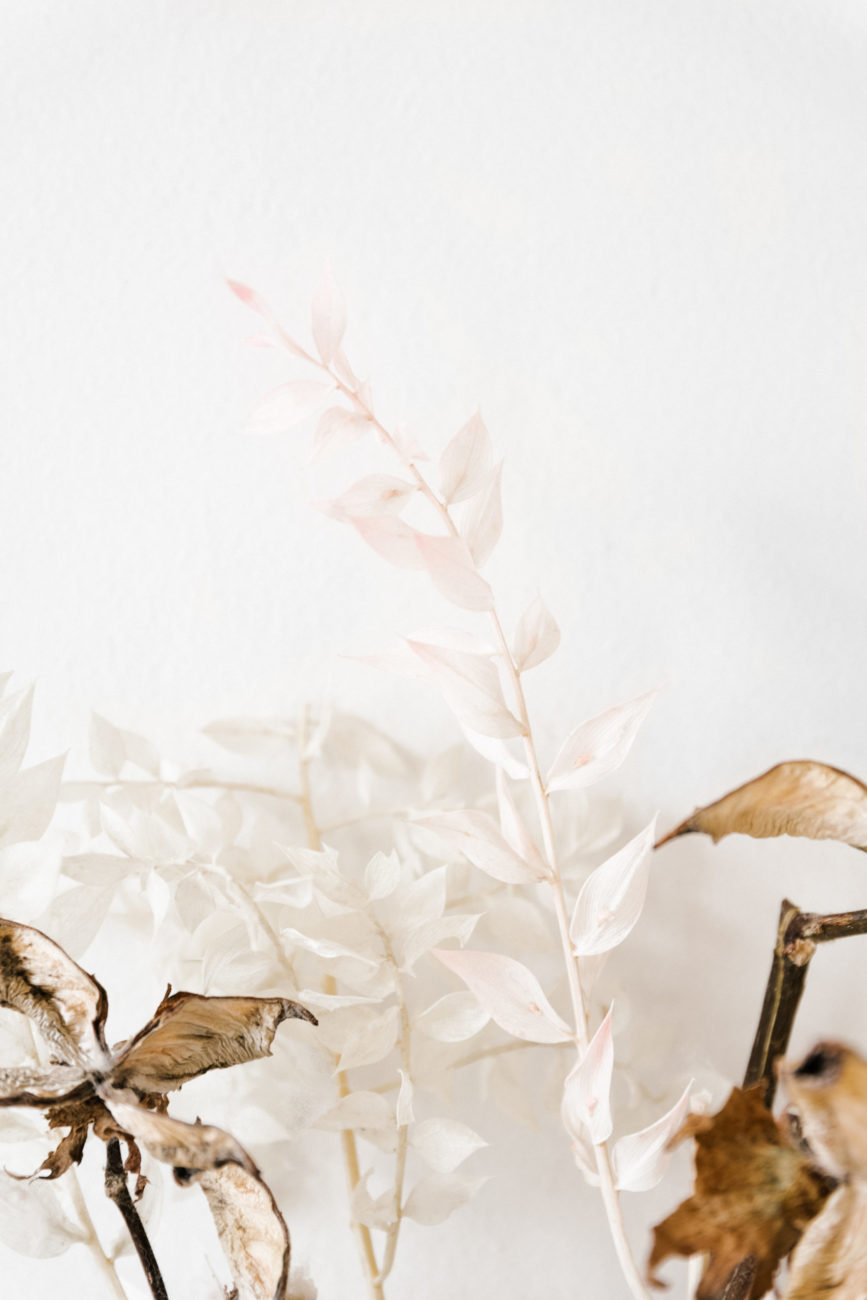 underneath lies the introverted & highly sensitive woman she finally accepted. and she flourished ever since.

I spent a huge part of my life trying to adapt and fit into a world, that seemingly was not made for me.

How could I have been made for this world? Who made this mistake?

Questions I asked myself for a long time.

Most children I knew were strong, loud and lively, the ones I somehow admired, but at the same time never wanted to play with. I had no chance, I thought. I was always the quiet little girl and they said, it was probably because I was a premature birth – one month too early.

It is funny to think, that this sensitive cancer was supposed to be a strong leo, that this intuitive projector would have almost been an energy-infused manifestor.

Maybe that is why I sometimes see resemblances between me and the manifestor type, but maybe I just imagine that.

When I looked at my Mama, I could almost feel her anxiety and worry, always asking herself: Why is she so shy, so quiet, always introverted?

But my Mama was the same as a child. And she was being told to be different – over the course of a lifetime, she adapted the belief of ‘being wrong’, ‘not being normal’ and so she wanted to save me from experiencing the same.

I do not have many memories from my days before kindergarten, but I know I was happy and content. A child with a strong imagination, always able to play by herself and explore the most exciting worlds in our living room.

Upon entering kindergarten, the smile on my face was wiped away and life started to feel like a struggle. It might sound like an exaggeration or you, my dear reader, might ask yourself now how I can even remember these heavy feelings, too heavy for a child. And of course, as a child, I would not have been able to say: “I feel like life will be a struggle.” But what I do remember very vividly is the feeling of heaviness, of having to get up early five days a week, only to go to a place I did not want to go to. To spend a few hours with loud children around me, wishing I could run away into the calm and loving arms of my grandma.

My aunt suggested I saw a child therapist and my Mama was not sure it would be the right decision, but she also wanted to help me. She wanted me to get through life with ease and confidence. Little did they know, nothing was wrong with my confidence, but it crippled little by little, every time someone told me or showed me, that something was wrong with me.

I believe, at the age of five or six I realized I was different, and also, I had to change in order to survive in this world. I tried. I succeeded.

Life went on and so did I. I tried to be less sensitive, because getting through a day at school being introverted and highly sensitive is almost impossible.

In my early twenties I lost hope, the hope that there was something for me out there. A way of living and working, that would fulfill me instead of making me feel empty and tired. I felt like I was just not made for this world.

My bed became my best friend. The soft and warm sheets providing the shelter I desperately needed. Anxiety, grief and hopelessness dripping from the walls of my room.

These past years have gone by and I was an actress in my own life – not being my true self, but the character I had to play. A mask I was wearing every single day. Pretending to be fine, pretending to have adapted to the corporate world. I have become so good at playing my character, I did not even know anymore I was acting.

But the nights alone, when the anxiety, the existential fears came sneaking in, I knew there was something wrong. My intuition trying to communicate, it’s been overheard for so long that the only way to grab my attention was by instilling panic attacks.

Simply put – I lost myself. I did not know who I was anymore. Following a nudge, I started studying at a distance university and it was the first step out of the nightmare and back to myself.

I enjoyed being able to study in my pyjamas and from home. It was relaxed, I was able to breathe again and slowly my inner voice found new courage to speak again. Whilst reading and studying and writing papers, a feeling of pure joy and contentment came over me. Being all by myself, having the space and time I need and not having to deal with people every day was a true retreat.

Breathe in and breathe out. My slow mornings starting with meditation, yoga and coffee. I took all the time I needed before sitting at my desk and studying. It was paradise. And I could feel my true self coming back – I felt so rested and energized. The idea of exploring the world and writing about it came back.

At the age of 22 I first developed the idea of working remotely. Making money to support my life and dreams, whilst keeping my sanity. I did some research, found options to apply to and I did.

I landed two remote writing jobs, writing about travel destinations and hotels, and they did not mind I was still studying – jackpot, I thought.

And then, everyone around me had an opinion. The fact I made more money with my writing and while studying than other family members in their ‘normal jobs’ did not count. I was again told, I was wrong, it would not last and at some point, I had to face reality. My newly created beliefs around work and life, still very weak, crippled again. How could I have been so naïve to believe, there was an easy way for my introverted and highly sensitive soul to flourish in life.

There is a German saying: Das Leben ist kein Ponyhof. (Life is not a pony farm.)

It means, life is not all fun and ease.

They say, you cannot run away from your problems. And I agree. But you can run away from a toxic environment, which doesn’t let you be yourself. Not only is it possible, it is also the highest form of self-love – putting yourself first, above all, and leave behind beliefs and patterns, that do not serve you – or anyone actually.

My ego was hurt. In a world, in which money is everything, how was I still the one to be told I had to change, even though I made more with remote writing work than someone in a full-time position? I proved them to be wrong, but still did not receive any acknowledgement.

After I learned to quieten my ego and realized, the only person I am doing this for, the one I have created this life and reshaped my beliefs for, is me – I do not feel the need to prove anything to anyone anymore.

But I had to unplug from my old life, from all the beliefs and patterns I adapted over decades and I moved to Mallorca. The last four and a half years, I spent unlearning, relearning, redefining and reshaping my belief system, my lifestyle and my view on life, work and happiness. I remembered how much I enjoyed studying at a distance university, how easy it was for me to land writing jobs and how much fun I had whilst working from home.

Against every single piece of advice, I jumped and tired and succeeded. Am I a millionaire now? No. But I am something much more valuable. I am being my true introverted, highly sensitive self every single day, unapologetically. And I make money in a way that supports my personality, my talents and my passions.

And let me tell you one thing: Once you’ve taken down your mask and follow your intuition, so many more possibilities will show up. It might not be the safe path, the one with steady income from day one, but for me the beauty of life lies within its uncertainty. The ever-evolving self, guiding you towards new things.

A few words to all introverts and highly sensitive people

Don’t let the beliefs of others dictate your life. You are just fine the way you are. You do not need to play a role, be more extroverted and less sensitive to survive and even flourish in this world. And pssst, I am letting you in on a secret: You do not even have to be extroverted to create your own work and business.

When I started working for myself and looking for likeminded people, everyone seemed to be networking. I tried, I felt terrible again and thought once again, this world was not made for me. But I kept on going and surprise, it works without being the perfect extrovert on networking events.

Simply do what feels right!

This website uses cookies to improve your experience while you navigate through the website. Out of these, the cookies that are categorized as necessary are stored on your browser as they are essential for the working of basic functionalities of the website. We also use third-party cookies that help us analyze and understand how you use this website. These cookies will be stored in your browser only with your consent. You also have the option to opt-out of these cookies. But opting out of some of these cookies may affect your browsing experience.
Necessary Always Enabled
Necessary cookies are absolutely essential for the website to function properly. These cookies ensure basic functionalities and security features of the website, anonymously.
Functional
Functional cookies help to perform certain functionalities like sharing the content of the website on social media platforms, collect feedbacks, and other third-party features.
Performance
Performance cookies are used to understand and analyze the key performance indexes of the website which helps in delivering a better user experience for the visitors.
Analytics
Analytical cookies are used to understand how visitors interact with the website. These cookies help provide information on metrics the number of visitors, bounce rate, traffic source, etc.
Advertisement
Advertisement cookies are used to provide visitors with relevant ads and marketing campaigns. These cookies track visitors across websites and collect information to provide customized ads.
Others
Other uncategorized cookies are those that are being analyzed and have not been classified into a category as yet.
SAVE & ACCEPT